When getting started with wakesurfing, one of the key considerations is what is the best wakesurf board to buy. With so many different ones to choose from, trying to find the best board for you can be overwhelming. Considering that you’ll probably be spending a few hundred dollars, you want to make sure that you’re going to love the board(s) you buy.

But how do you pick the best wakesurf board for you?

This guide will help you demystify the wakesurf board buying experience and explain everything you need to consider before buying. We’ve also listed some great options for different types of buyers.

Behold, our guide to buying the best wakesurf board.

Jump to our favorite boards 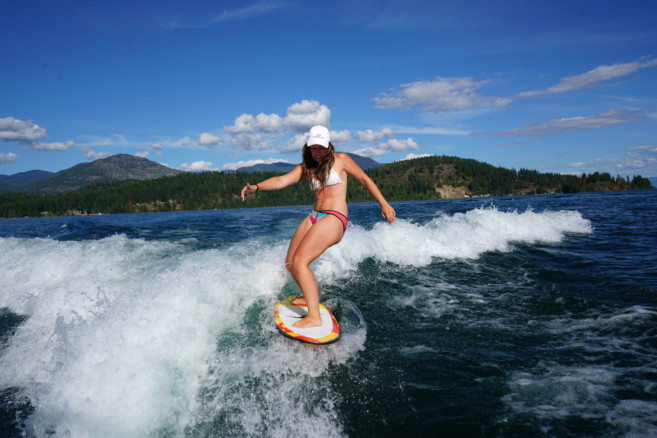 The Growing Popularity of Wakesurfing

Wakesurfing as a sport is continuing to grow rapidly across North America. Being able to experience the rush of surfing without having to live anywhere near the ocean has led to the increasing popularity of wakesurfing.

Compared to its watersport counterparts like waterskiing, wakeboarding, kneeboarding, and tubing, the slower speeds of wakesurfing also mean milder wipeouts. As mom and dad are typically the ones buying the boat, this added safety factor also plays a role in its popularity.

What you should know about wakesurf boards

The first thing you need to understand is how different wakesurf board characteristics are going to affect a board’s performance. Here are the characteristics to consider:

Longer boards are typically better for beginners as they make it easier to control your front-back weight distribution. This makes it easier to catch the wave and move to different positions along the wave. It also helps to prevent nose-diving (what wakesurf spectators live for).

As a trade-off to stability, longer boards are harder to carve on simply because they have a larger turn radius. 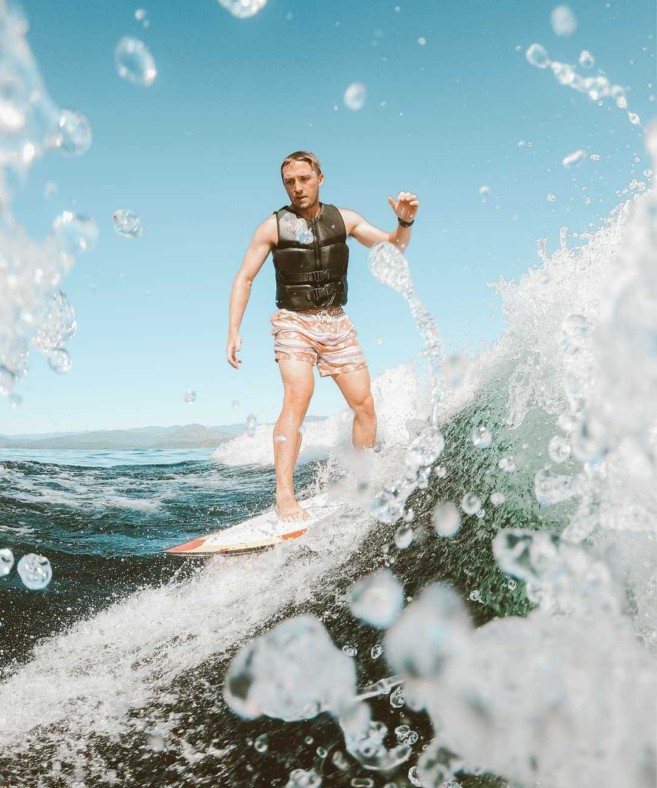 Admittedly not a huge factor to consider, the width of the board affects the latitudinal stability of the board. Wider boards make it easier to control your inside-outside weight distribution, while also making it easier to get up on the board since there is more surface area to push against the water.

You also want to consider volume when thinking about the weight of the surfers who will be using it. When choosing between two different sizes of the same board, the more voluminous board will be the better option for bigger, heavier surfers. When shopping online, sellers should have a size guide to help you determine the right size for your surfers based on their weight. 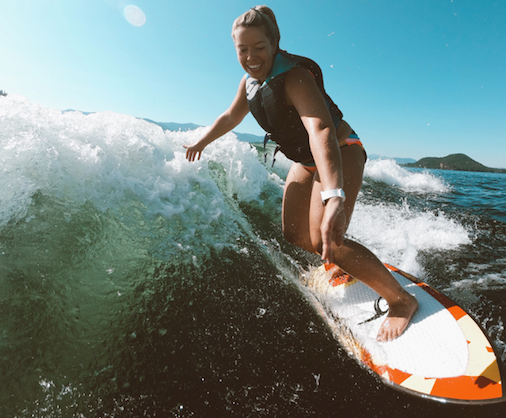 The fins provide two main functions. First, they control the direction of the board. Larger fins will keep the board going straighter and give you more conviction and drive with your turns. With smaller fins, you’ll have to use the sides of the board to carve, which is more difficult.

Second, the fins prevent slippage. When we say “slippage” we’re talking wet banana peel type wipeouts where the board flies out from under the surfer and everyone onboard goes “oouuuuu.” Larger fins help to prevent the board from moving in this direction. Therefore you can push off the tail when carving without worrying about the board slipping out from under you. 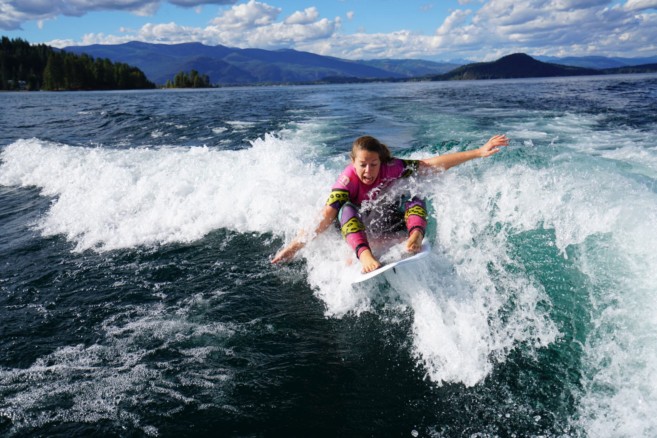 Don’t get caught with the wrong style wakesurf board

The shape or “style” of the board can typically be categorized as either: Surf, Skim, or Hybrid. Let’s break down these three different styles.

As the name implies, Surf style boards are similar to traditional surfboards. Long and beamy with a lot of volume, these boards are best for beginners as they’re the easiest to get up on, the easiest to catch the wave on, and the most stable. However, as a result they are nearly impossible to carve on.

Surf style boards are typically the best to learn on, but once you’ve got the knack you’ll usually want to quickly graduate to a Hybrid or Skim style board.

On the flip side, Skim style boards are shorter and thinner, making them more agile and “squirrelly.” They often have one to three minimalistic fins, making it possible to spin on the spot and make sharp turns using the edges of the board. This makes them the best wakesurf boards for advanced surfers looking to try tricks like 360’s and shove-its.

However, the trade-off is that these boards are difficult to catch the wave on and are very unstable. It’s not uncommon to have nose-dive and banana peel wipeouts on these boards, given their instability and slipperiness. You also have to work harder to stay forward in the wave, as the board’s lower volume makes it easy to lose the wave’s power.

The happy medium between the two, Hybrid style boards combine the smaller turning radius and carvability of Skim style boards, while still having some of the stability of Surf style boards. They have an arrowhead shape making them mostly one-directional. These are great boards for intermediate riders or for advanced riders who really just want to carve.

One key difference between Hybrid and Skim style boards is that Hybrid boards often have large fins in the back. This means that most of the carving on these boards is driven by the tail, whereas with Skim boards it’s driven by the edges of the board. This can be a tricky adjustment when switching between the two styles.

Yes, graphics. Seriously though, wakesurfing is all about “feel” so you need to love the look and feel of your board. You know what they say: Look good. Feel good. Surf good.

Now that we’ve discussed how the different board characteristics affect the performance and ability of the board, let’s look at some examples of boards that are ideal for different riding abilities.

If you have some surfers who are just getting their feet wet (ha-ha) with wakesurfing, you need something that’s easy to get up on, easy to catch the wave on, and very stable. This means you’ll definitely want a Surf style board with a lot of volume.

As “The Beginner Board,” we wouldn’t recommend spending a lot of money on a Surf style board since it will likely take a beating from all the wipe-outs and mishaps. Thankfully, you can get something like this relatively cheap that will do just fine as a learner board. Here are some good examples of boards that would fit the mold: 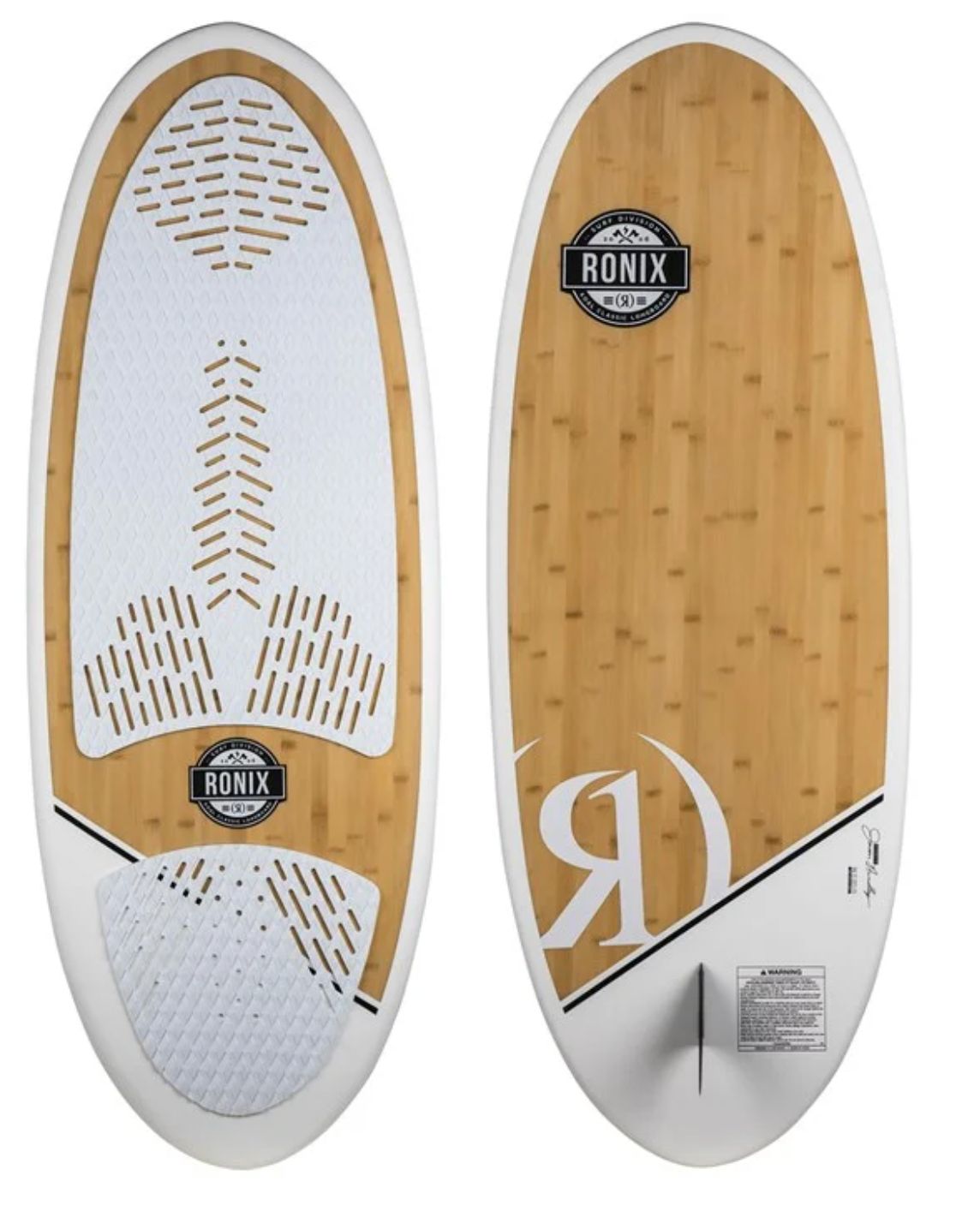 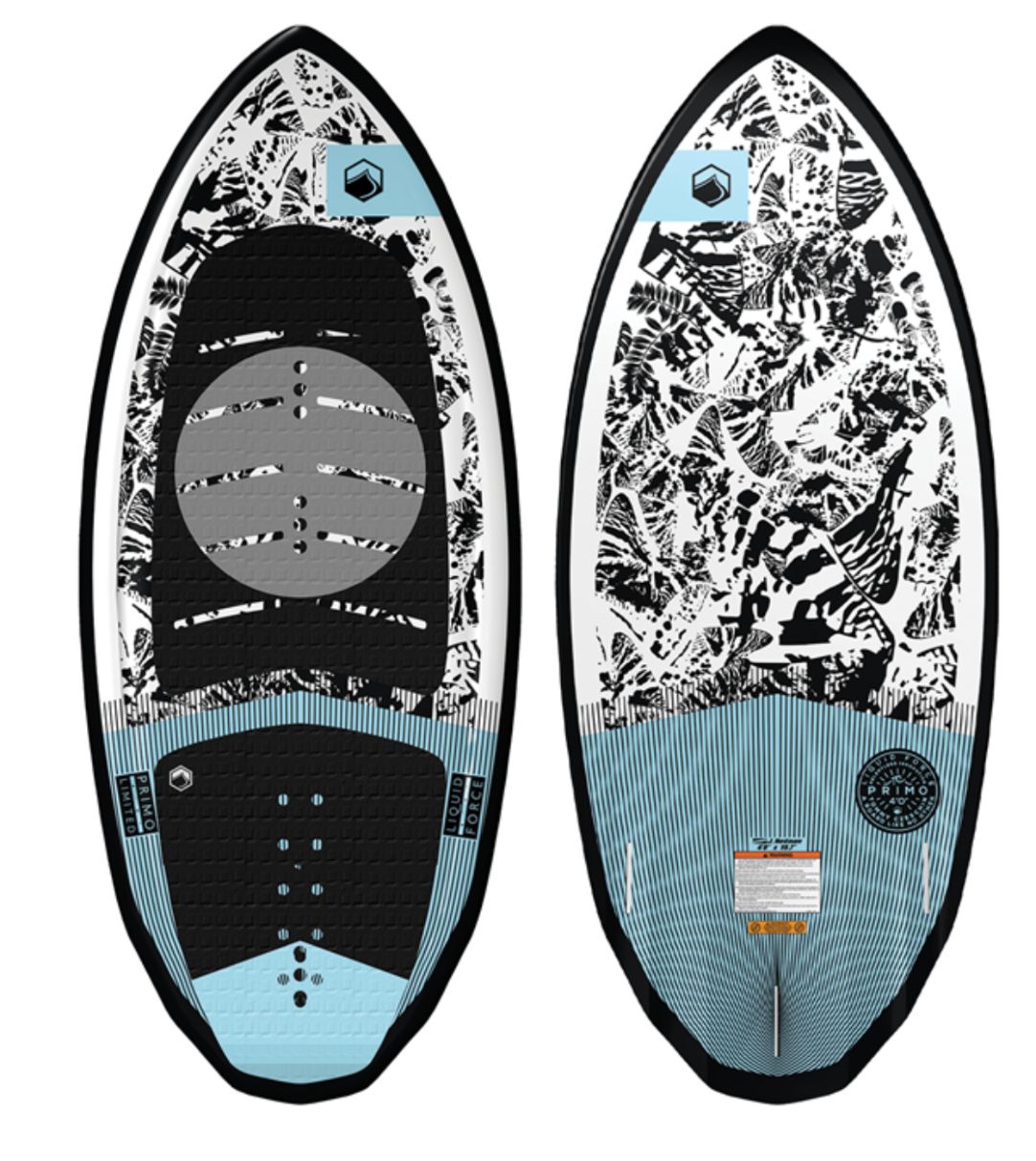 As your surfers transition to intermediate surfers, they may want to give a Hybrid board a try. Here is an example of a good transition board. 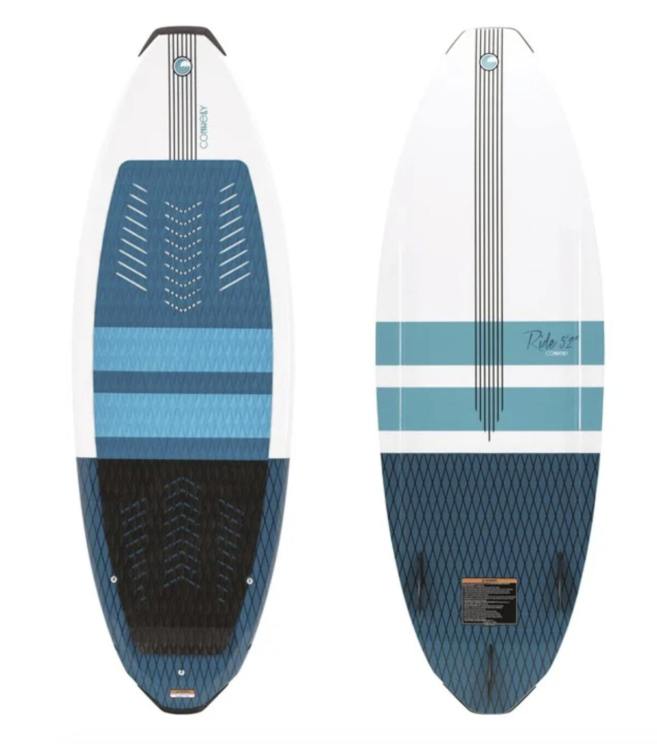 As you and your surfers master getting up, catching the wave and keeping the wave without the rope, you’ll be looking to get into the fun stuff…carving!

Intermediate surfers want a board with a smaller turning radius and more agility. This will allow you to really find The Green Room and tear up the wave. Here are some great Hybrid board options: 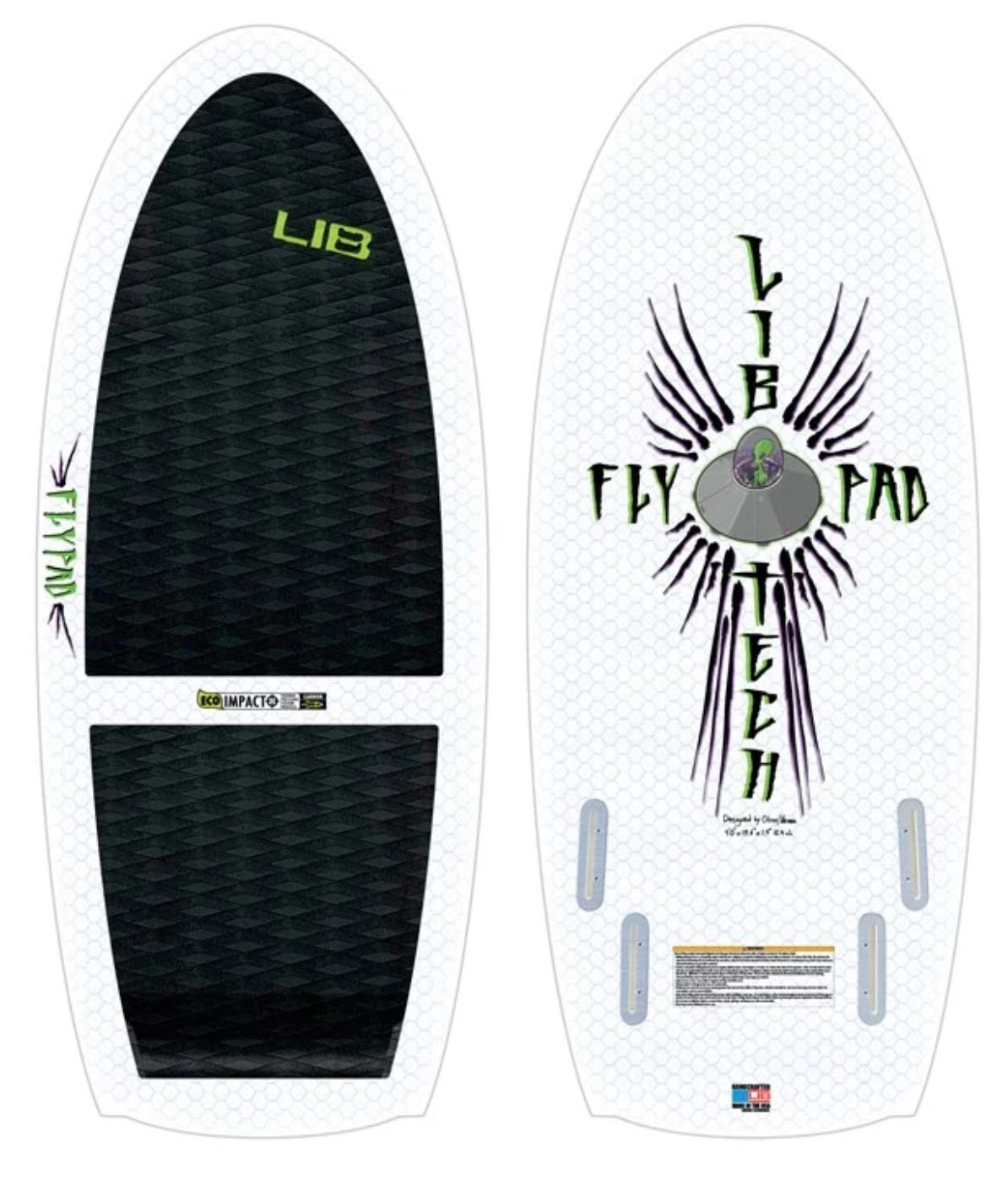 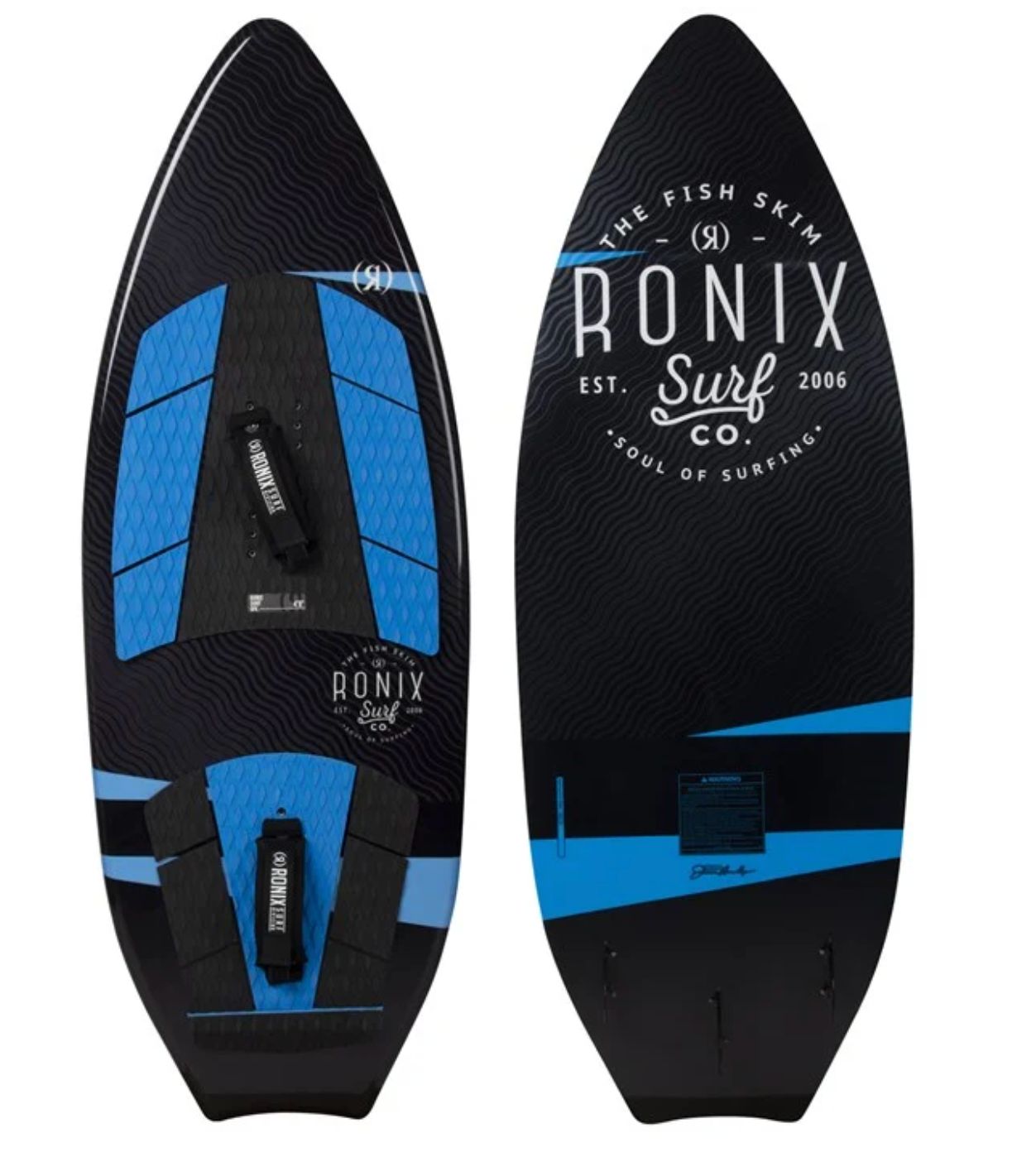 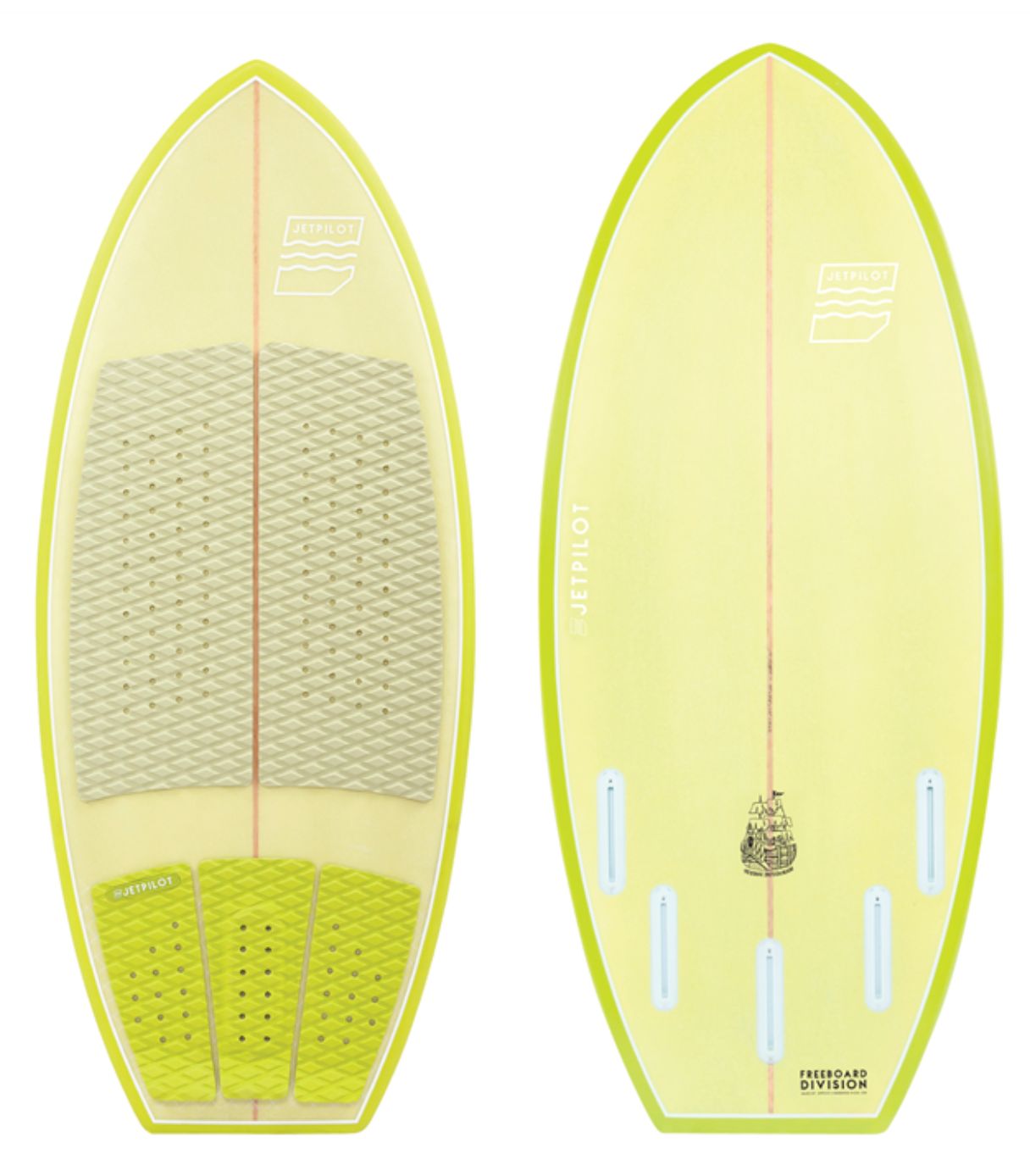 If you’re feeling buttery (or you just really want to watch some epic banana peel wipeouts), these two boards are a good foray into the world of Skim boards. 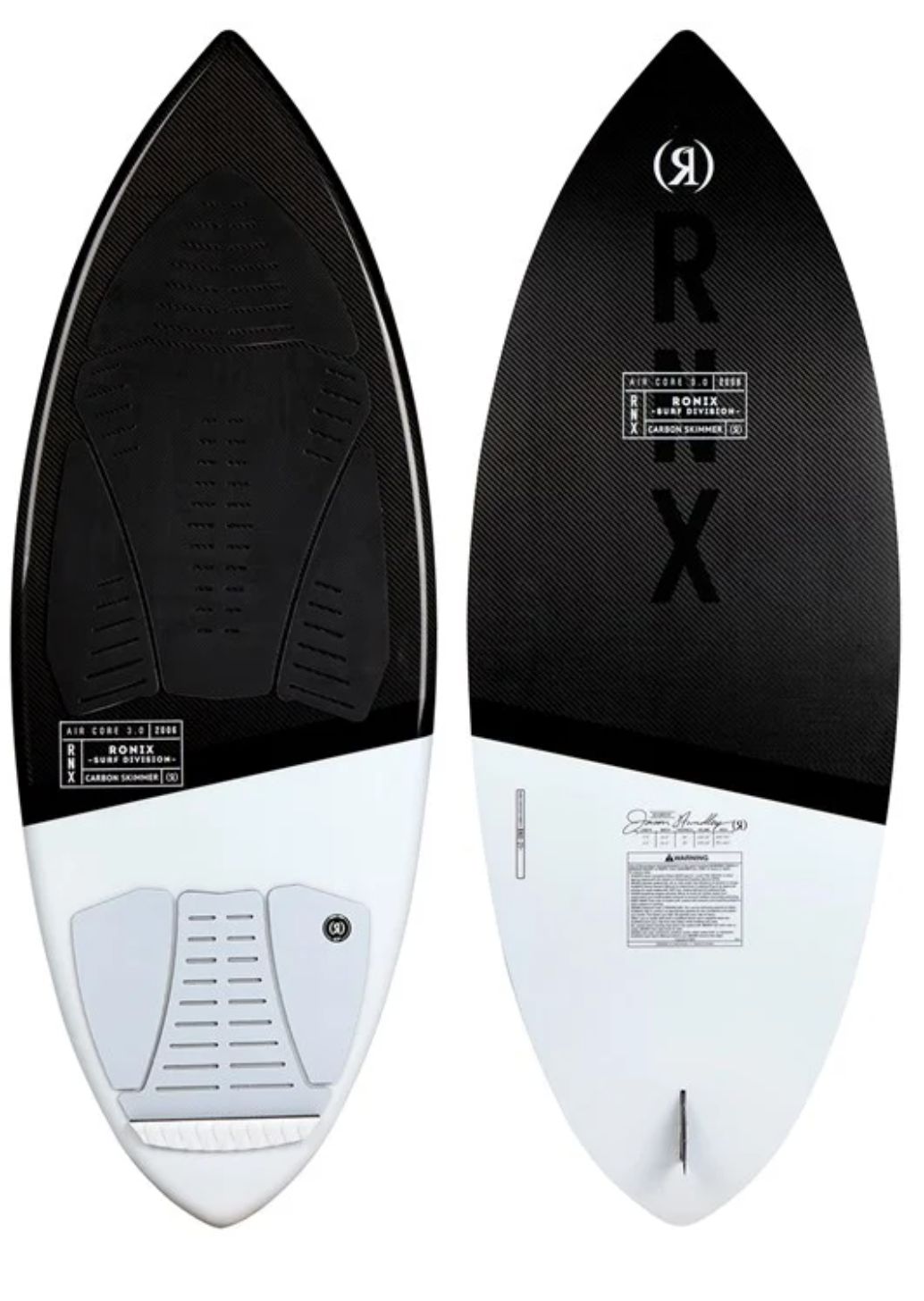 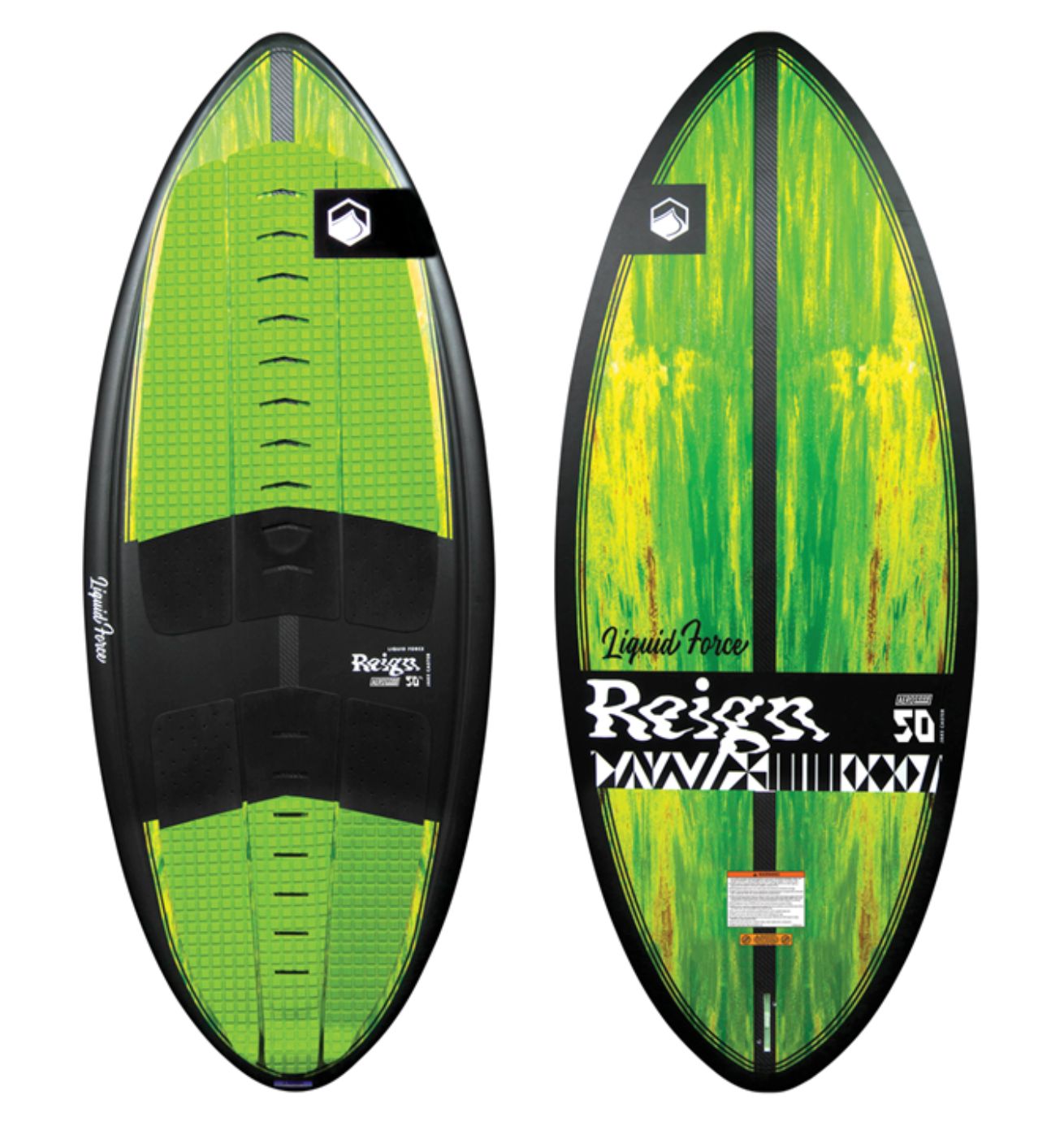 So, you’ve mastered carving and are now looking to establish yourself as the best surfer on your lake. Well done!

With advanced boards, you’re going to have reduced stability, higher responsiveness, and more “squirelliness.” But with all that comes the ability to do more tricks like this guy.

Here are some great Hybrid and Skim style options for advanced boards. 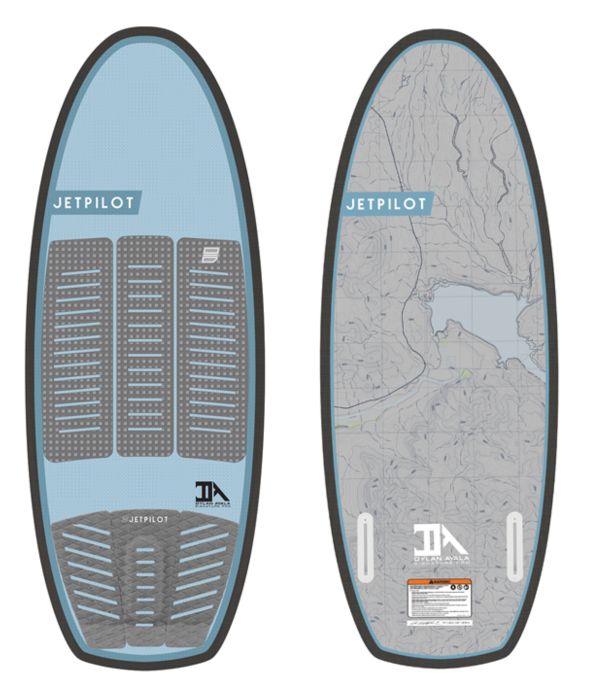 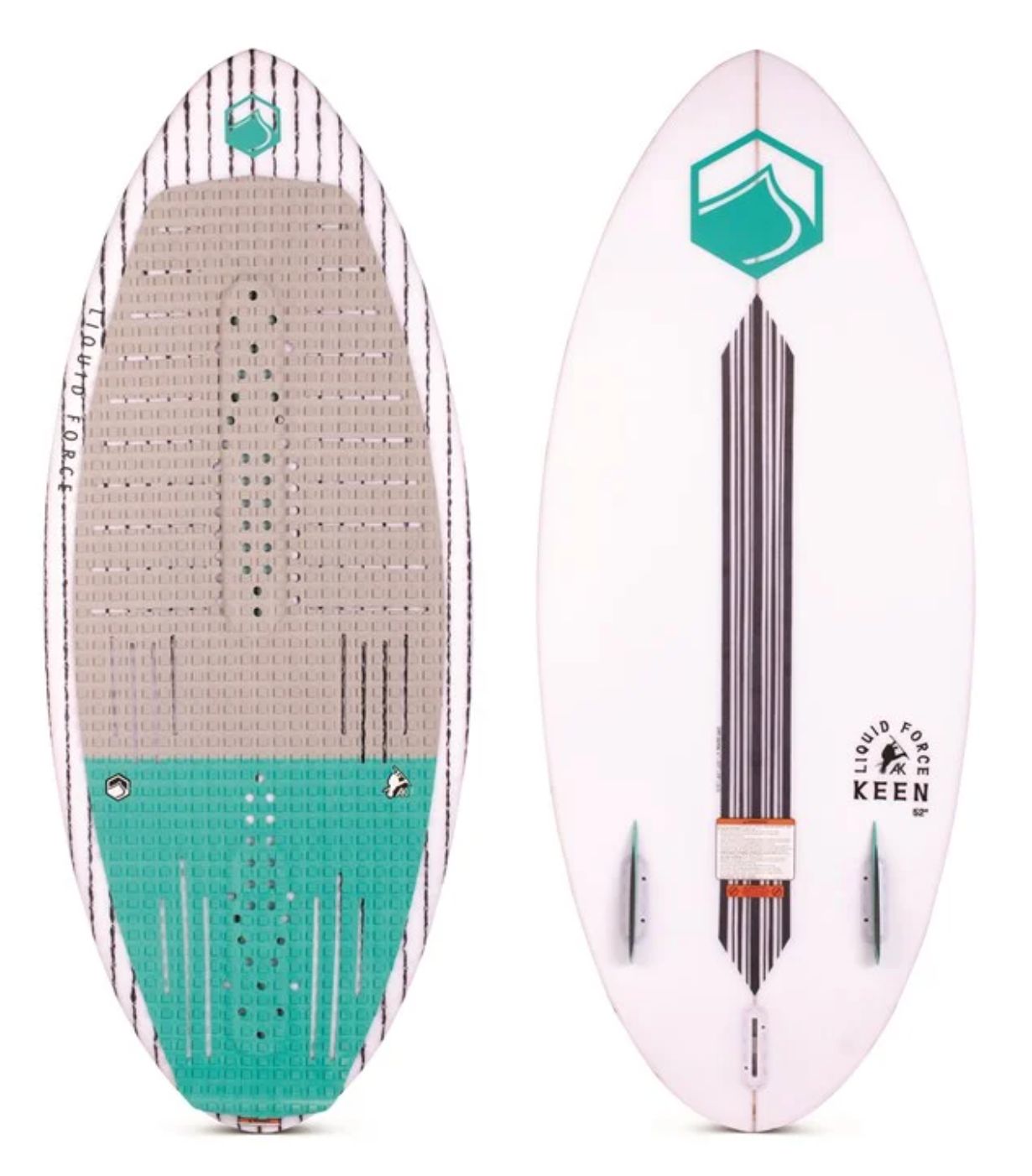 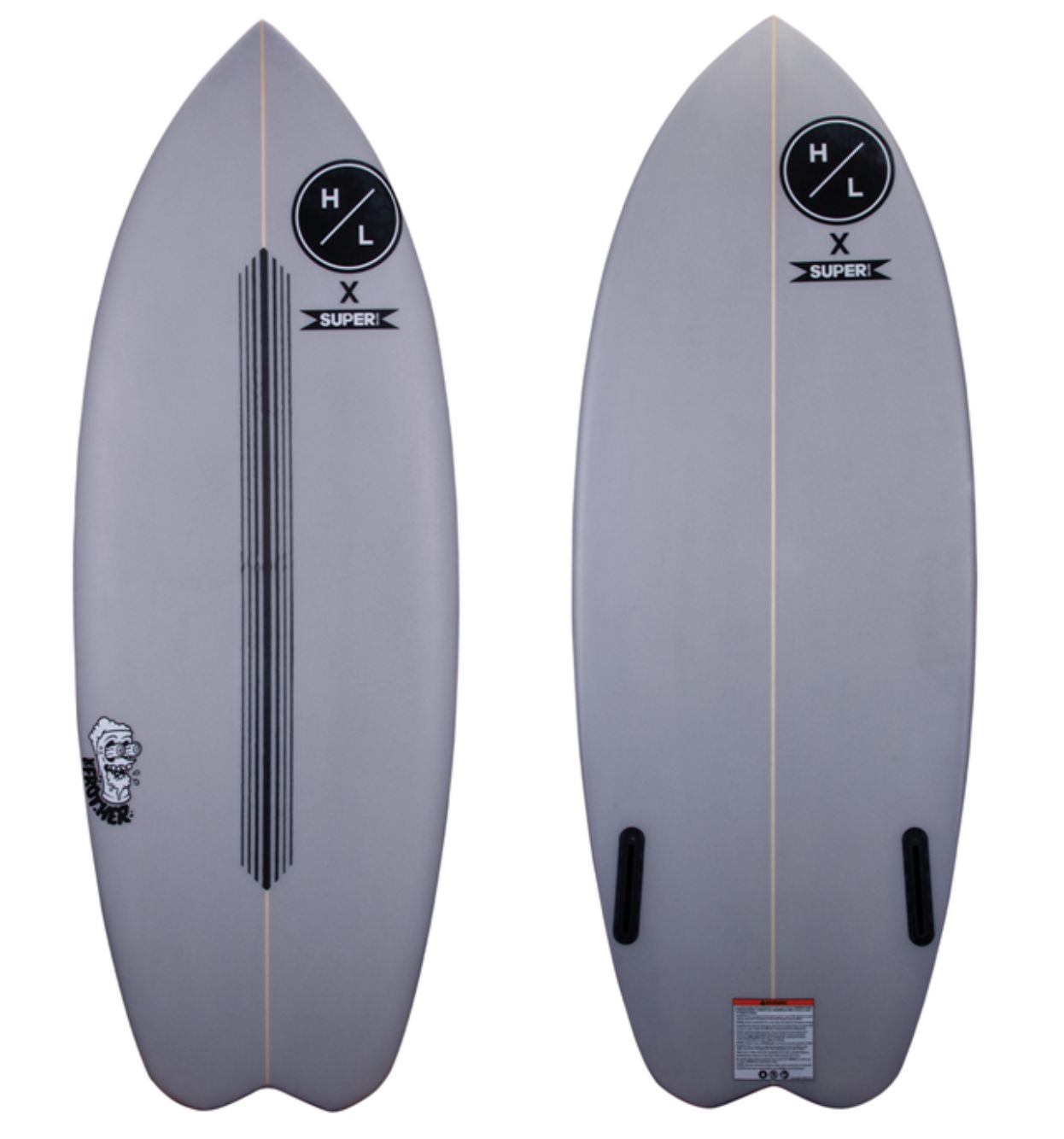 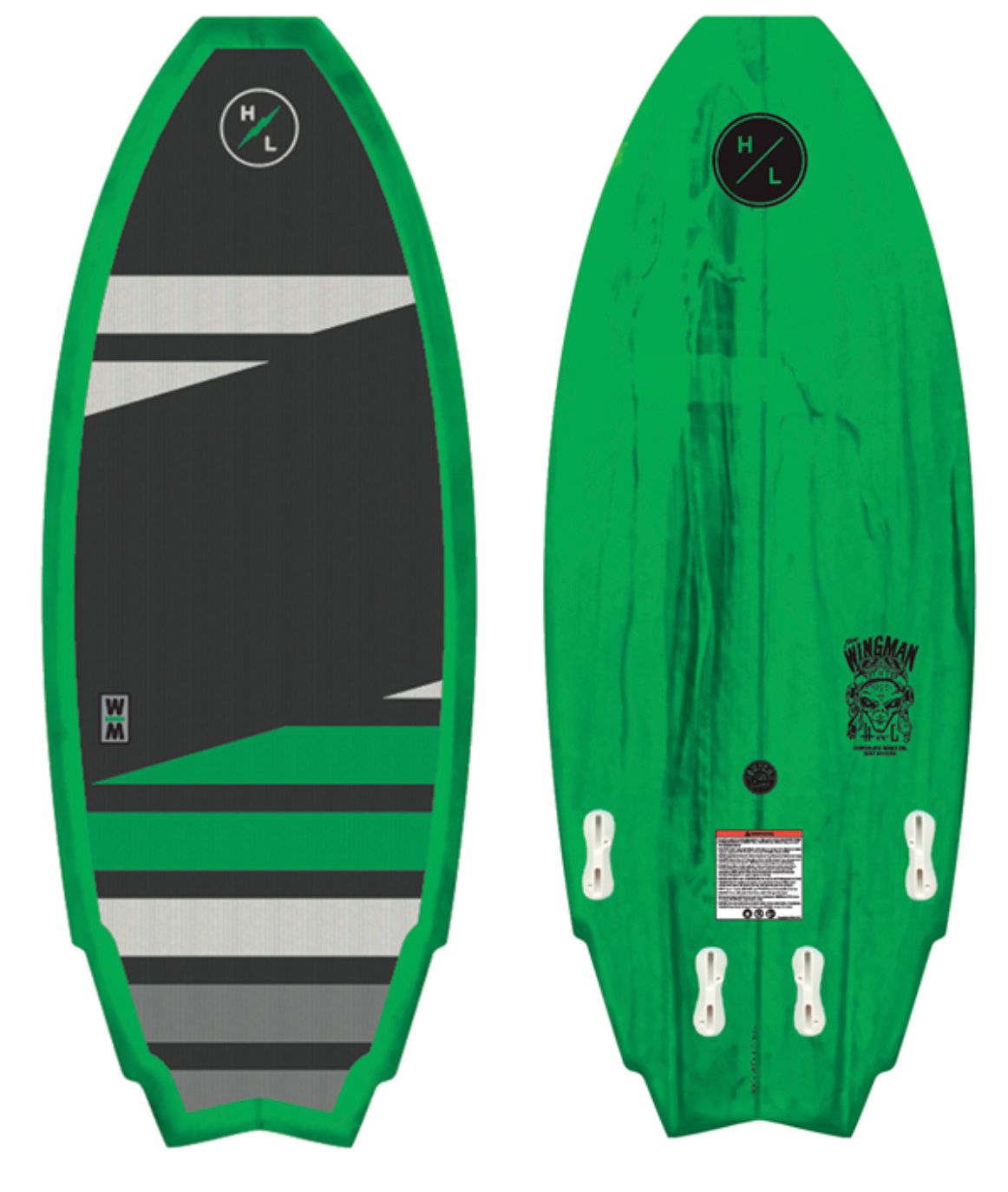 By nature of simply being lighter surfers, the best wakesurf boards for kids are going to be less voluminous than adult boards. They are also typically made of less expensive, more durable materials as they can often take a beating.

Here are some options for the little shredders in your boat: 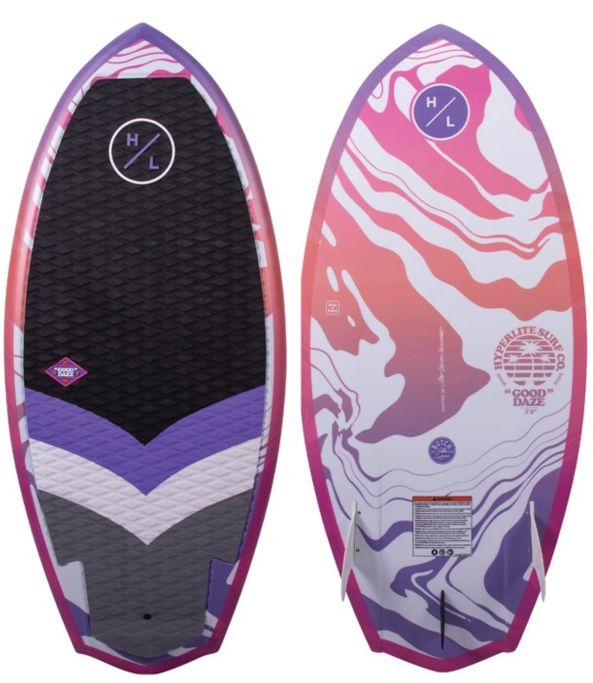 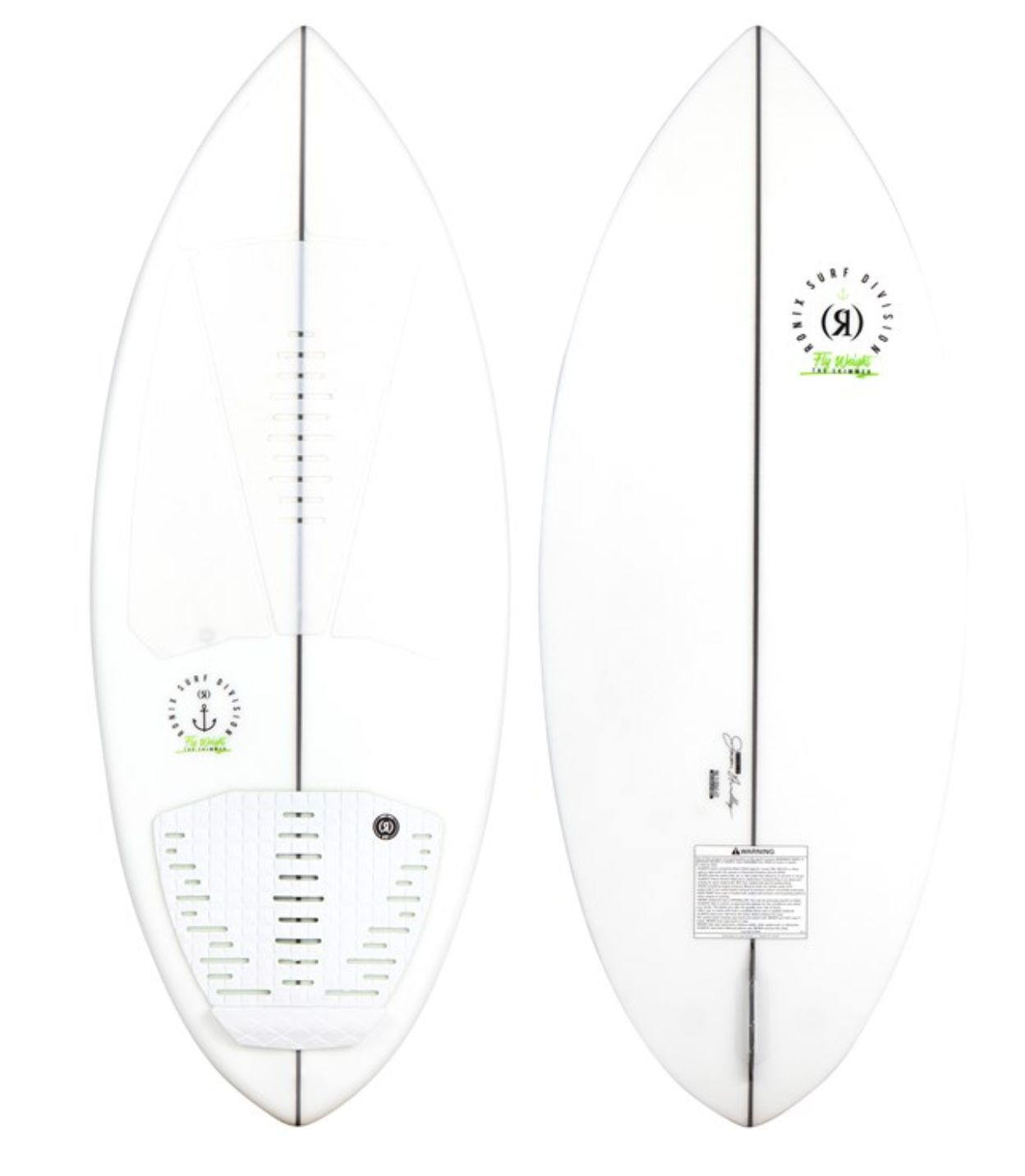 The Three Board Quiver

Overall, there really isn’t one best wakesurf board that’s great for everyone. If we had to choose one, it would probably be a Hybrid board. One that’s buoyant enough for beginners, but still fun enough for intermediate and advanced surfers.

Obviously the three board quiver requires a bit of a financial investment. Therefore, we suggest buying them as you and your surfers’ abilities require them. There’s no need to buy an intermediate or advanced board until your skills are ready for them.

What’s your favorite board? Let us know in the comments! 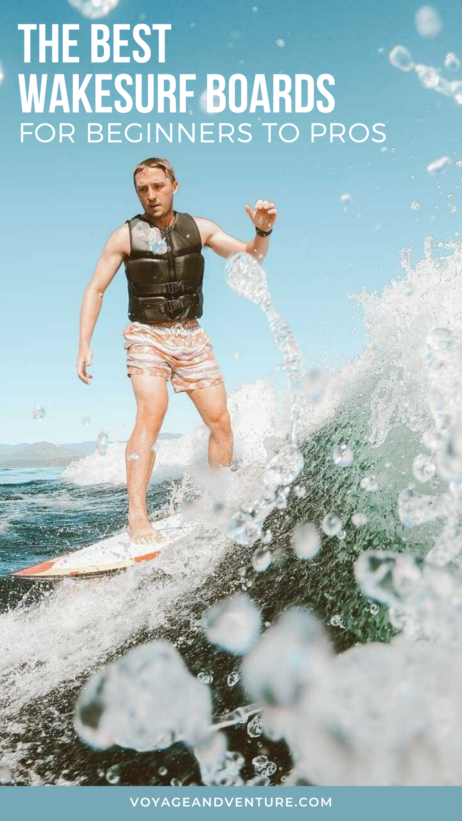 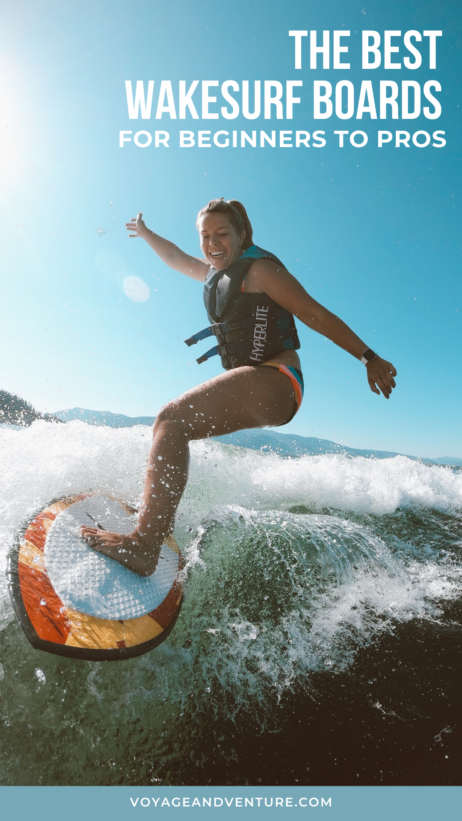 Beginner surfboards are generally made from wood or a similar material since fiberglass would prove to be very unmanageable after some time. It is the strength of the paddle that makes a surfboard worthy of being used, and not the brand or the color.